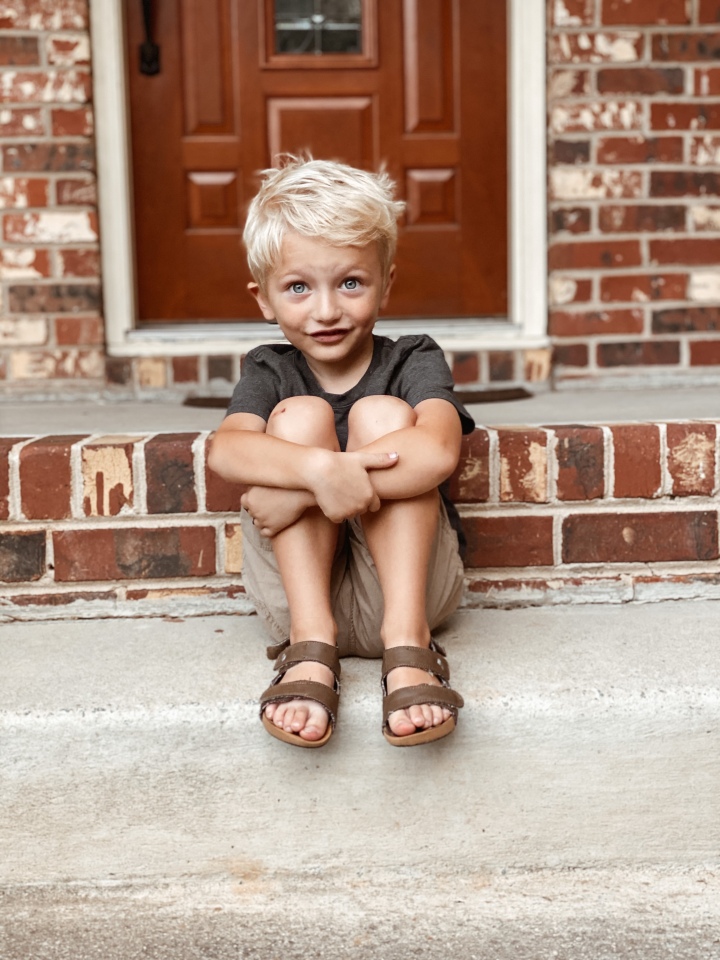 Almost a year and a half ago I sat across from a children’s developmental psychologist as she told me the results of Lucas Autism evaluation. As she told me that Lucas was developmentally on the level of a 2 year old I wasn’t surprised. I watched everyday as his 2 year old sister advanced beyond him in milestones. I had been with him everyday for over four years, nothing about her evaluation surprised me.⁣
⁣
While there was no surprise that doesn’t mean those words weren’t painful to hear. It doesn’t mean that I wasn’t scared for my little guy and how we would provide the appropriate support for him. It always stings to hear words like that about your child.⁣
⁣
A year and a half ago the only “toy” lucas would play with was making the elevator go up and down on a small parking garage we had. He talked one to two words at a time and most of the time I had to interpret his words for everyone. He wasn’t able to feed himself with utensils or write a single letter.⁣
⁣
As we walked out of that building I remember saying out loud: “that test might measure where you are right now but there’s no test to show you how much you’re capable of and you are capable of 𝐒𝐎 𝐌𝐔𝐂𝐇.”⁣
⁣
A lot can change in a year and a half. Lucas talks from the minute he wakes up until he goes to sleep, he can write his name, draw shapes, and recognize sight words. Lucas feeds himself, plays with toys independently, can dress himself, and today he had his first day of kindergarten and sat through four hours of class on a computer without one issue.
⁣
I share all of this to say a lot can change in a year and a half, things you may have never imagined could be possible. There are so many tests that tell us areas where our kids are behind but remember there is no test that will tell you how capable they are and they are capable of so much….it just might have to be in their time ❤️.⁣